It’s so Great you Get Out! | The truth about ‘getting out’ 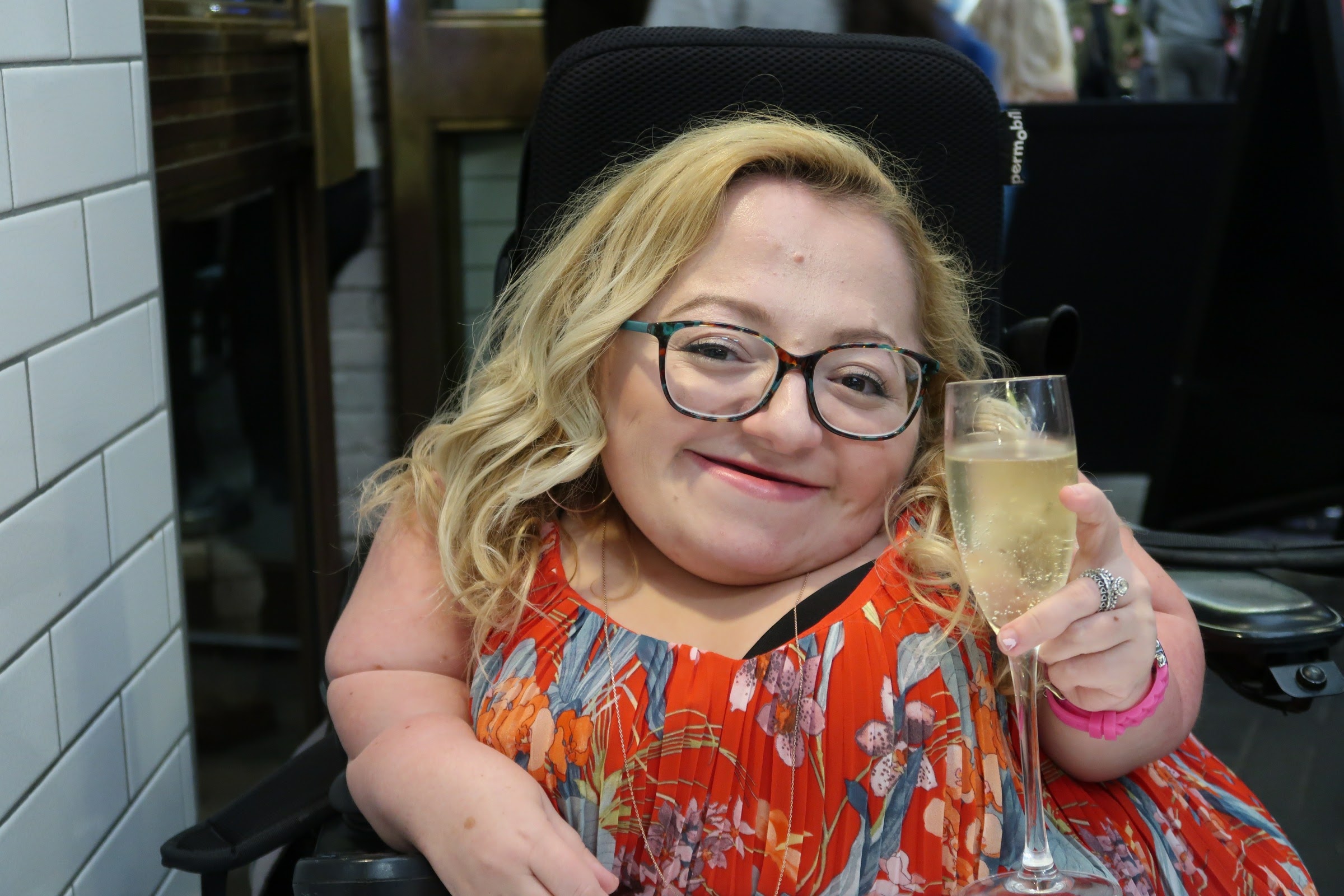 I’ve had a full on week this week full of events and catching up with friends and it’s been glorious. I’m shattered, not because it’s been hard physically, but because I’ve had to deal with the public.

I kind of see it like one of those arcade machines with the coins that build up. Each ignorant comment is a coin, building a wall. Sometimes one small 5p coin (small comment) can be that one comment too far knocking the whole coins over and be something that puts you off going out.

Last week I was enjoying a night out with friends and a (very drunk) girl around my age was looking over a lot. I smiled and carried on dancing. She slowly made her way over, and said she’d danced with me before. Obviously I don’t recognise her but I carry on dancing with her. Then she leans in and says ‘aw it’s so great you get out!’ *sigh* I laughed this off and said ‘yes I know’. I knew how drunk she was and if I even tried to explain how ridiculous that comment was it would be wasted energy.

Then the 5p actually no, £1 topper comment was last night. Sat at a lovely restaurant before seeing Little Mix in concert, we were placed next to a very drunk group. At first we ordered drinks and food as normal catching up and buzzing about the concert we were going to after the meal. Then I can feel the stares from the men at the table next to me. I hear tiny snippets such as:

“Look at Wall-e over here” mumbling and pointing… “but at least she could drive herself home after” whilst cackling and getting their phones out and aiming them at me.
Have you ever tried to eat and do basic things whilst you think people are talking and laughing about you? Yeah it’s pretty hard to do.

Now when I’m not in that situation you can think of so many things you’d like to say and report blah blah blah. But when you’re in that situation all I could think about was are they talking about me? Am I being paranoid? How do I tell my friend without making it obvious? (even though they are being VERY obvious themselves). Luckily we were at the end of our meal at this point and I could get out.

I’m used to random drunk men shouting things and usually answer with a sarcastic comment. But when you’re stuck next to them, and they’re being so open it’s hard to know what to do. I see it a bit like a warped version of catcalling. But in this sense it’s not because they’re admiring you or your body, it’s mocking difference.

So to answer the first girl saying it’s so great that I get out. Yes, yes it is because having to deal with people like these takes effort. I’ve had a total chill day today to build my energy for another week, mentally and physically. To other disabled friends out there that experience it – take time to rant about this to friends or family if you can. There is no right answer on how to deal with it but whatever you do, try not to let them stop you doing you. They’re not worth it.

Thank you for reading this, if you’d like to read more – you may enjoy:
“Mummy, look at that little girl!” | Disability and Children
Oh Yes, The Accessible Entrance is Round The Back – Behind the Bins
Oh Stop Moaning

3 thoughts on “It’s so Great you Get Out! | The truth about ‘getting out’”