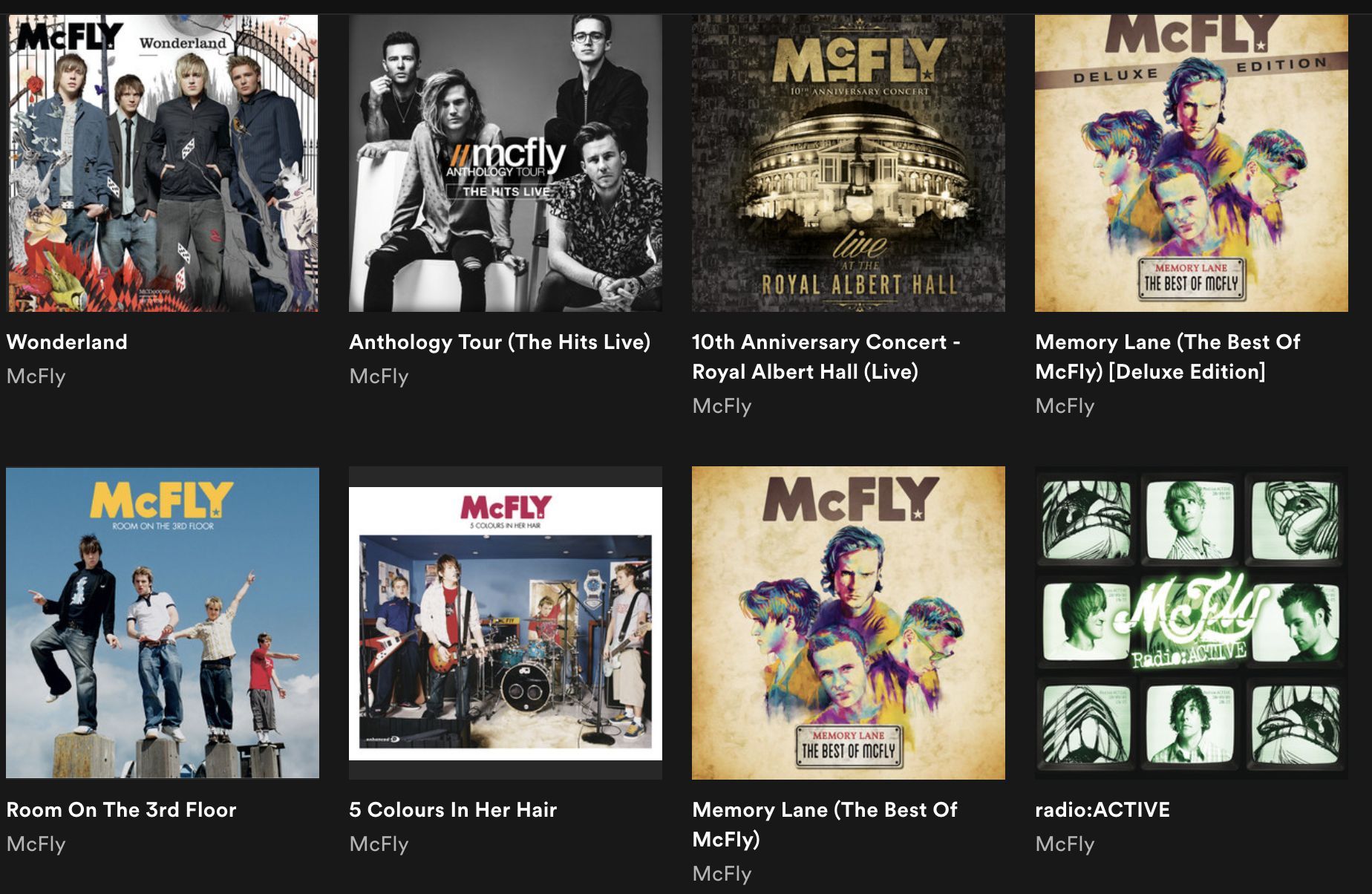 Ok, I’m not ashamed to say I’ve LOVED McFly since they began. That first album I could still tell you which song comes after each other. My love for them grew over the years and I’ve been to many gigs per album, followed their journey both music and life and I’ve even managed to meet Harry Judd himself. You know one of those bands that just remind you of your childhood? Yep.

So when they announced that they were reuniting and bringing more music out, I was buzzin’ of course. I even bought tickets for their 2020 tour before Covid-19 happened. Yesterday I saw their launch pop up and obvs my belly flipped with excitement.

If anyone knows me well, you’ll know I’m all about wording and trying to get it right (I’m not perfect – we’re all learning). It’s about not excluding people. In my work I’m always banging on about how intention doesn’t mean that you can get away with hurting other people. If you accidentally barged into someone, you still feel it right? Even if you didn’t mean it.

I’m not going to go into detail on the ins and outs but ultimately “dumb” is a disability slur and now it’s used frequently as an insult. It even says to avoid it on the UK Gov website – not that that should be our go to place for disability advice but still – it’s known. Yet we still constantly hear it, especially on TV. I think it shows how unaware the majority of people are of disability slurs still (or not bothered about them) let’s hope the first reason!

Some may say, Gem calm down it’s only a word. But to me it means that the members of McFly aren’t thinking about their whole audience. Can you really imagine me going to a gig and shouting “YOUNG DUMB THRILLS WOO!” eurgh no.

Tom Fletcher (a member of the band) is widely known as someone who supports the disabled community and is even a patron of Whizz Kidz. I was also buzzin’ when he also included a wheelchair user in his music video “Afraid of Heights”. So I really would have thought that their audience was something they’d keep in mind when writing songs.

We all know that when we hear words, we repeat them. Children and adults do – it’s natural. So my worry is that this is now going to be included in a well known band’s album. People will sing it, it will be on the radio and ultimately used in everyday language – therefore impacting disabled people. So again, the disabled community will be having to push back and educate and more worryingly – it may be used against them.

I wanted to share as the conversation of supporting an artist vs behaviour is something that’s always being debated. For me, I think I’ll stick to the good old memories and stay away from this new album. If any of their “people” happens to come across this – if only they stuck to calling it their first single on the new album “Happiness” – now that would be better.

10 Ways to Create Boundaries on Social Media Use »